This article is part of Upstart, a series on young companies harnessing new science and technology.

Last year, Starbucks opened a sustainably constructed drive-through cafe in Abbotsford, British Columbia, about an hour’s drive southeast of Vancouver. The store was the first of its kind, built in six days with almost no construction waste, and its components — the walls, the floor and the roof — were manufactured so precisely that when assembled, they created an airtight seal. The design’s creators say it is expected to cut heating and cooling needs by 30 percent, reducing the store’s carbon footprint.

This Starbucks store was built by Nexii Building Solutions, a construction technology start-up based in Vancouver that has become a rising star in the expanding green building industry. Nexii was founded by the entrepreneur Stephen Sidwell, now its chief executive, in late 2018. The company reached “unicorn” status — a valuation of more than $1 billion — in 31 months, the fastest company to do so in Canadian history, according to Nexii.

Although we don’t often associate climate change with buildings and construction, they are responsible for almost 40 percent of global energy-related carbon emissions, according to the United Nations. About 30 percent of these emissions come from building operations (primarily heating, cooling and lighting), and another 11 percent is “embodied” carbon, or carbon released during the construction process itself.

Mr. Sidwell created Nexii after he was introduced to Ben and Michael Dombowsky, brothers who are both inventors and who have worked in construction since the 1970s. Over the years, the brothers became troubled by the rampant waste and inefficiency in the industry and, more recently, their impact on climate.

Michael Dombowsky, now vice president of building technology at Nexii, experimented for many years with various efficient construction techniques before creating what eventually became Nexii’s patented building system. It involves prefabricating panels for use as part of walls, floors and roofs in a manufacturing plant and then sending them to a building site. There, a small team rapidly assembles the components into a building. Nexii, using its own data as well as data from Starbucks’s store development team, has found this method to be 75 percent faster than it typically takes for these stores to be constructed, said Gregor Robertson, the executive vice president for strategy and partnerships at Nexii and a former mayor of Vancouver.

The building system relies on advanced technology, specifically the use of 3-D modeling software, which ensures highly accurate manufacturing.

“Building design software has advanced dramatically in recent years,” Mr. Robertson said. “So we can use augmented reality to walk through a whole building on a screen and look at every tiny detail to make sure everything fits together very precisely.”

The 3-D digital plans are then sent to a manufacturing plant, where the panels are produced to exact specifications.

“In the past, construction firms would build a mini model or build directly from paper plans, and would deal with problems or mistakes that arose as they built,” Mr. Robertson said. With 3-D modeling, all the problems arise virtually and are resolved long before construction begins.

But the Dombowsky brothers wanted to change more than just the building process: They wanted to find an alternative to traditional concrete, which is expensive and heavy, and has a high carbon footprint.

For more than 150 years, cement, steel and concrete have been the primary materials used for construction, and in a world without climate change that wouldn’t be a problem, said Gaurav N. Sant, the inaugural Pritzker professor of sustainability at the Henry Samueli School of Engineering at the University of California, Los Angeles, and the director of the Institute for Carbon Management.

“But there is an urgent need at the moment to reduce emissions, so we either need to produce these construction materials differently or replace them with materials that have a lower carbon footprint,” he said.

Ben Dombowsky, now vice president of product development for Nexii, spent 10 years trying to create an alternative to concrete. In 2017, he introduced Nexiite, the nontoxic proprietary building material now used to create Nexii’s panels. The company commissioned Rob Sianchuk Consulting in British Columbia to conduct third-party testing of the panels, and its preliminary findings (which themselves still have to be critically reviewed by a third party) showed Nexiite has a possible range of 20-36 percent lower carbon emissions when compared to Portland concrete, the industry standard. And concrete strength testing Nexii commissioned from Metro Testing & Engineering, also in British Columbia, found that Nexiite sets faster — taking seven days to reach maximum strength instead of 28 days.

The company has some competition in North America from the sizable modular industry, in which many businesses claim to use green building materials. Nexii, however, uses third-party testing to validate its green metrics and publishes those results on its website. Nadav Malin, the president of BuildingGreen, an information and consulting firm in Vermont focused on the green building industry, said that while it isn’t possible to comment specifically on Nexii’s claims about Nexiite, as the company will not reveal the material’s ingredients, if the company “can live up to its claim to be centering health and sustainability throughout their process in a comprehensive way, they will definitely be a leader in the space.Nexii’s customers include a growing number of companies that are working to reduce or eliminate carbon emissions. One-fifth of the world’s 2,000 largest public companies have now committed to reaching net-zero emissions, according to the nonprofit Energy & Climate Intelligence Unit.

Today, Nexii has 400 employees and two manufacturing plants in Canada. The company plans to grow and scale using a franchise model, in which it certifies and licenses local manufacturers across North America to produce its green building panels. Plant owners would be provided with access to Nexiite, as well as the systems and processes needed to produce Nexii building panels. Once certified, these manufacturers could market and sell Nexii’s building products in their regions. Ten manufacturing plants in North America are in various stages of development, including one in Hazleton, Pa., that opened in October, and another opening soon in Pittsburgh. The manufacturers pay licensing fees, and a certain percentage of their revenue goes to Nexii.

The company’s biggest challenge now, Mr. Robertson said, is scaling as fast as its leadership and more than 1,000 investors would like.

He acknowledged that there were risks to growing too quickly. For example, Katerra, a modular construction technology start-up that was founded in 2015 and had raised more than $2 billion, filed for Chapter 11 bankruptcy last June. One of the issues that led to the company’s downfall was that it tried to do too much too fast. Despite all the investment, Nexii is not yet profitable. (The company declined to say when it expected to reach profitability, but said it was a “key near-term priority.”)

“We are scaling like a software company, but this is hardware,” Mr. Robertson said. “And it takes time to put plants together, to put people in manufacturing lines and in the assembly process. We don’t want to burn out by growing too intensely. But it’s also a very hungry market.”

5 tips to elevate your kitchen design with Mosby Building Arts

Tue Jun 7 , 2022
Looking for a refresh without the hassle of moving in this housing market? Nothing beats a renovated room in your home, especially when that room is the center of the action: the kitchen. Senior designer Jill Worobec with Mosby Building Arts shares some of her tips for kitchen remodeling.  Where to Start: […] 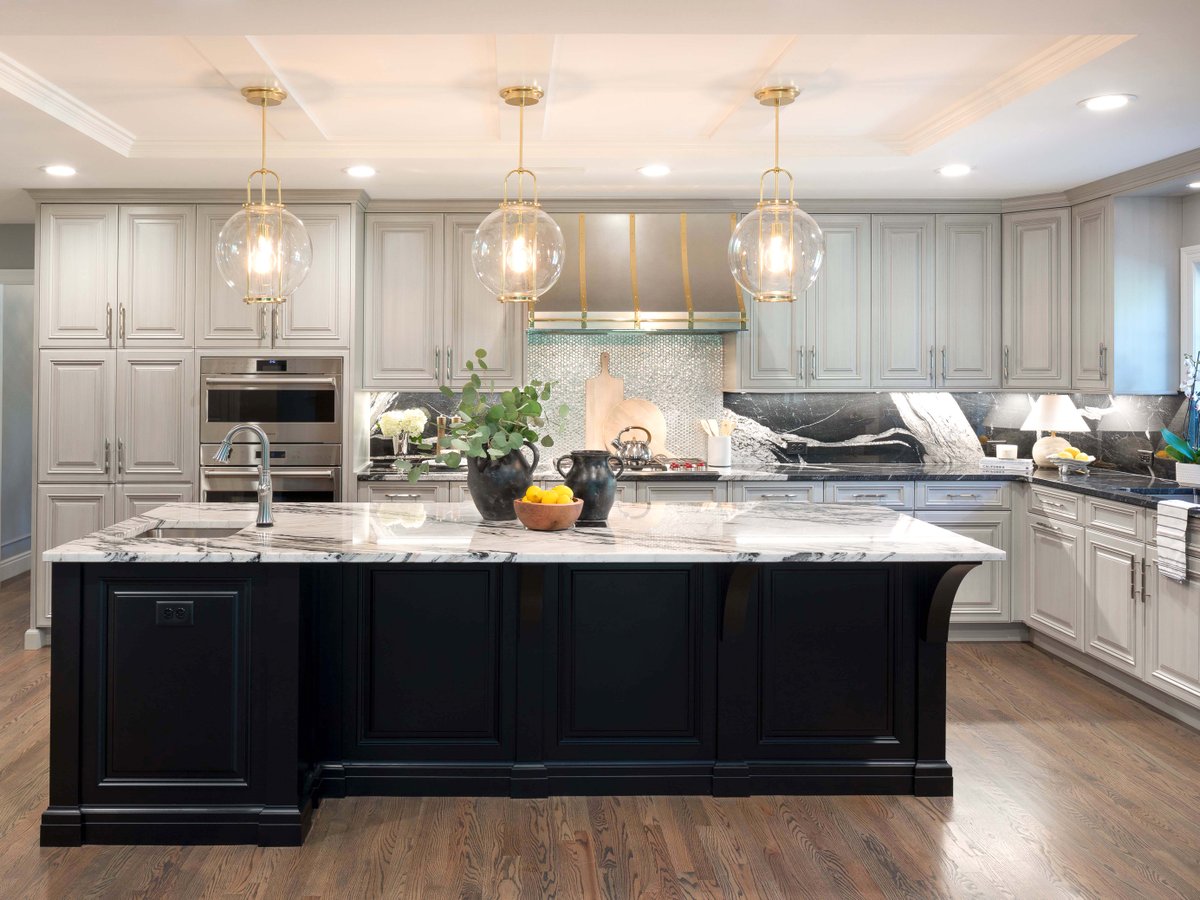