The Affordable New York tax provision, commonly known as 421a, offered a property tax exemption for housing projects in New York City that include a percentage of units earmarked for lower-income renters. Nearly 70% of rental housing built over the past decade used the tax abatement, according to New York University’s Furman Center.

But the 51-year-old program expired in June when state lawmakers ended their session without renewing or replacing it. That has left plenty of New York City developers in a bind, scrambling to complete rental projects they started before the provision lapsed or switching gears and building other types of properties.

“People are working on their current projects, but come the later summer we’ll have this ‘holy cow’ moment, like ‘What do we do now?’” said David Dishy, chief executive of LMXD, an affiliate of L+M Development Partners that specializes in affordable housing.

At the end of the first quarter, New York City issued 38.1% more permits than the same time last year, according to the city’s Rent Guidelines Board.

Real-estate investors had to install a project’s foundation with a permit before June 15, and will have to complete construction before June 15, 2026, to receive the tax break.

Daniel M. Bernstein, an attorney and property tax specialist with Rosenberg & Estis P.C., has had to tell developers who sought his advice on rental projects, “I’d like to help you but you missed the deadline.” These projects, he said, can’t “make the numbers work” without a tax tool like 421a.

Many developers will likely stop pursuing their rental projects, either waiting for a 421a replacement or instead looking to shift to constructing condominiums or nonresidential properties.

The Durst Organization, for example, had plans to develop seven mixed-income and fully affordable buildings in Astoria, Queens. The first building is completed, and the next three broke ground in time to qualify for the tax break.

But the last three buildings, which were to include 600 to 700 new mixed-income and affordable rental units, “won’t move forward until there’s a comparable tax tool to 421a,” said Jordan Barowitz, Durst’s vice president of public affairs.

His company, like many others, has no plans to turn its rental units into condominiums. Condos offer better tax treatment and might generate larger profits, but the cost of converting mid-construction coupled with current fluctuations in market demand make these conversions high-risk, developers say.

“In this market, with the uncertainty around office [demand], flipping to another use is not really feasible” for projects already under way, said David Lombino, managing director of external affairs at Two Trees Management. The Brooklyn-based developer is going ahead with projects approved under 421a but is waiting for a new tax abatement before launching new construction.

New York’s 421a program has expired in the past only to be renewed not long after. Its last sunset was in January 2016 when lawmakers similarly let it expire without a replacement. It was brought back in November of that year with a renewed emphasis on incentivizing affordable housing.

But 421a is unlikely to come back in its current form this time, said New York state Sen.

a Democrat representing lower Manhattan and parts of Brooklyn. Many legislators in his party felt the policy didn’t incentivize enough affordable housing, but offered tax breaks for developers that built mostly for upper-middle-income renters.

Some lawmakers have proposed an overhaul of the property tax system in the wake of 421a. But since the legislative session ended in June, it will be at least six months until new negotiations can take place.

In the interim, the state Legislature created a 25-member Affordable Housing Commission to hold public hearings and produce a report on how best to boost the city’s affordable housing supply. The commission will go into effect once New York Gov.

signs it into law.

Not all multifamily construction will cease. Some officials say the rise in building permits will keep it going long enough to buy time before the tax program’s absence is felt in the housing supply. The surge of permits will likely be enough to boost rental supply for the next couple of years, said New York City Comptroller

A similar surge took place in 2015 when nearly 18,000 units were built with the 421a tax exemption, a 44% increase from the year before, which kept housing development afloat while lawmakers decided whether to renew. And there is still a patchwork of tax support that housing projects can rely on without 421a.

“They’re creating the tale of two cities for the very wealthy and the very poor,” he said. “Those are the people who will get housing. Everyone in the middle will get nothing.”

Wed Jul 13 , 2022
Completion had been set for the end of July, but officials say a water line along the road has slowed progress. FORT WORTH, Texas — More than a year after work began, the road construction project along Fort Worth’s West 7th Street has been delayed…again. The city’s department of transportation […] 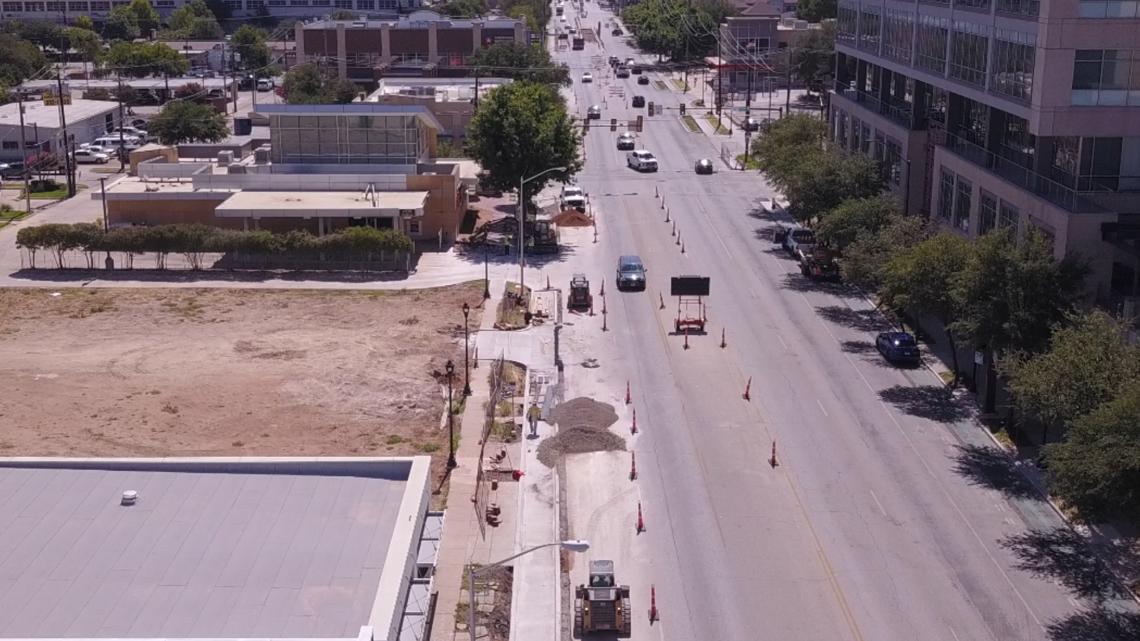