The expansion marks a return of the Kloss Furniture brand to Missouri.

The expansion marks a return of the Kloss Furniture brand to Missouri. The other stores, all in Metro East, are in Highland, Edwardsville and O’Fallon, Illinois. At 80,000 square feet, the new South County store will be double the size of those locations, and marks the largest retail-focused real estate transaction in the region over several quarters, according to a retail report from Gershman Commercial Real Estate. The South Oaks shopping center is owned by South Oaks Missouri Station LLC, according to county records.

The company will add 25 to 30 employees to staff the new store, expanding is current workforce of 77. The extra space means the company can widen its product lines and for the first time offer unique items that are one of a kind, Kloss said.

The company stocked up on extra inventory just ahead of the pandemic, which allowed it to increase sales as other furniture stores struggled to keep up with growing demand. Kloss is now using that same method to keep ahead of increasing costs due to inflation.

To store the extra furniture, Kloss is tripling its storage capacity by expanding an existing Highland warehouse from around 30,000 square feet to 94,000.

In opening its four stores, the company has stumbled on a niche turning vacant big-box stores, especially grocery stores, into showrooms. The company’s first conversion turned a closed Broyhill Furniture store in O’Fallon into a Kloss Furniture in 2007, followed by converting a former Dierbergs Market in Highland into the company’s flagship store. The company built its Edwardsville store, which opened in 2019, from the ground up as the anchor of Plocher Construction’s Trace on the Parkway mixed-use development.

Founded in 1976 and led by CEO Steve Kloss, Josh’s father, the family’s first round of St. Louis stores operated under other brand names and were sold to a larger company that closed them in the wake of the Great Recession. As the company reopened stores branded under its own name in the Metro East, Steve Kloss had always hoped to return to the Missouri side of the river. Driving down South Lindbergh Boulevard last year, he spotted the vacant Shop ’n Save-turned-Schnucks grocery store, which had closed in February 2021, and knew that it would be the company’s next move.

To the Kloss family, the timing and location for the project were perfect since the site was just a block away from a prominent furniture-selling site, the longtime location of Rothman Furniture at 5711 S. Lindbergh Blvd. When Rothman closed all six of its Missouri and Illinois stores in 2017, that store location had reopened as Art Van Furniture and then Marshall Home, also both furniture stores. The site is now slated to become a Tesla dealership and service facility.

Since the Klosses signed on, the future furniture store has become an even more important anchor tenant in the South Oaks shopping center. The only other big-box store in the center, craft store Michaels, plans to close and move to another nearby shopping center, Marshalls Plaza, as part of a $3 million transformation that also includes a new Burlington store and the existing Marshalls store moving to a new space.

Read the rest of the story on the St. Louis Business journal website.

New housing tower gets under construction in downtown San Jose 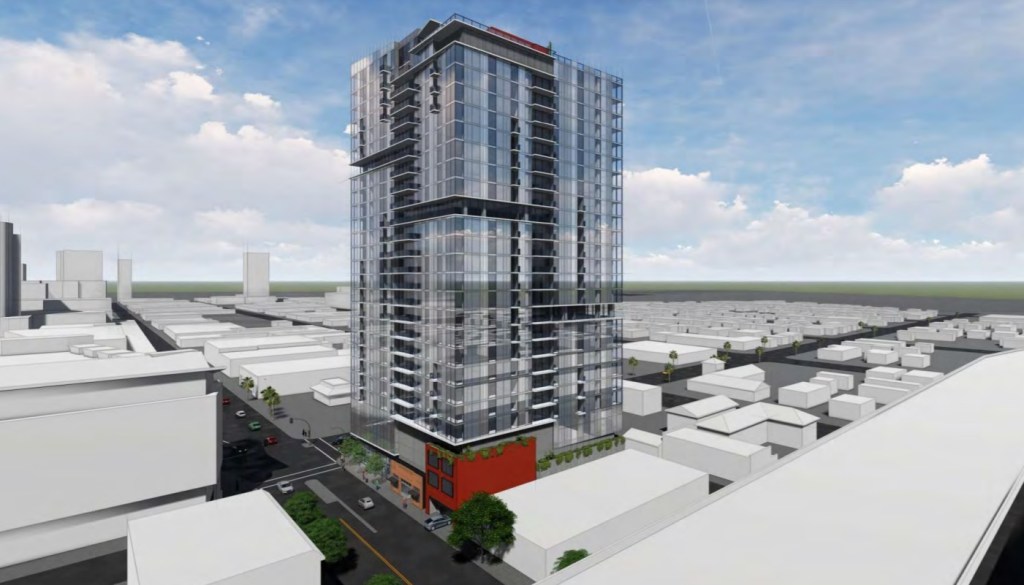