Construction is booming in Greenwich, Stamford and the surrounding areas.

It’s not just apartment buildings either. Big projects are underway — many with completion dates earmarked for 2023 — that can mean more dollars in city and town coffers.

“We have had a significant continued development in the city which has allowed us to have a positive financial operation and increased our reserves,” Sandy Dennies, Stamford’s director of administration, said at a recent Board of Finance meeting.

According to a report from S&P Global Ratings, Stamford is seeing steady growth “spurred by a healthy mix of residential and commercial development.”

In neighboring Darien, officials are also looking ahead to the benefits new development will bring.

“In a few years when we all see the final products, it all will be worth it,” Darien Planning and Zoning Commission Vice-Chairman George Reilly said on behalf of Chairman Steve Olvaney. “We just have to put up with some construction and inconveniences in the meantime to reap those rewards.”

Darien First Selectman Monica McNally said projects like the Corbin District involve both residential and retail, including restaurants and small businesses, “bringing numerous local jobs and an expanded tax base.”

Across the border, another mixed-use development is on the books: Tarry Lighthouse in Port Chester, N.Y.

Construction at the Bruce Museum is wrapping up and replacing the Eastern Greenwich Civic Center across town just recently got underway.

Meanwhile, work continues at the Stamford Transportation Center garage and, in neighboring New Canaan, at the Playhouse and New Canaan Library.

And 2023 will see several community-based projects come to fruition.

Here are seven projects to keep an eye on in 2023 in Stamford, Greenwich and their neighboring communities.

Construction is underway on a huge new addition to the Bruce Museum that could make it even more of a regional attraction and draw a large number of new visitors.

The 43,000-square-foot expansion project will double the size of the museum and includes a three-story addition, state-of-the-art exhibition galleries and new education and community spaces. A new museum store and a restaurant are also being added.

The completion date for the “New Bruce” is March 2023, after the original target of fall 2022 got pushed back because of other town construction setbacks.

If completed as planned under developers David Genovese and Penny Glassmeyer, the Corbin District will transform downtown Darien. The project is notable for its scale, with 11 new buildings and a town green on seven acres requiring extensive demolition and site preparation for new construction.

It took Baywater Properties and PG Properties 16 years to assemble the real estate through land purchases or roping in landowners to its partnership team for the project and to win approval from Darien’s planning and zoning department.

Over the years, Baywater adjusted its plans repeatedly based on feedback from the public and town officials, including adding more street-level parking and concealing a four-story garage inside the orbit of an outer ring of apartments and retail buildings.

After internal abatement of asbestos, the Eastern Greenwich Civic Center was demolished to make way for a new building on the same site.

The more-than-55-year-old building had once been used as a recreation center for Electrolux employees and their families. It was sold to the town and then turned into a civic center.

Plans call for a new one-story 35,418-square-foot building built on the existing footprint of the old civic center. The new civic center will include a full-size multi-use gymnasium with roll-out spectator seating, 8,100 square feet of multi-use event space and three 1,000-square-foot activity rooms, two of which would share a partition that could be opened up to create a larger room.

The construction is slated to cost more than $25 million, part of it covered by public/private partnerships and a $5 million gift from The Steven and Alexandra Cohen Foundation in exchange for naming rights. Greenwich residents, the Cohens are the owners of the New York Mets.

The new $40 million library is expected to open its doors in February 2023.

The 42,000 square-foot building will have nine meeting rooms, an independent “cave” for tweens and a children’s library triple the size of the current one with a garden wrapping around the southwest corner. The new auditorium will accommodate up to 300 people.

Despite pushback that it should be preserved in situ, the original library will be moved near the Gulf Gas Station, 75 feet from where it has stood since 1913.

Renovations to the Playhouse will coincide with its 100th anniversary.

With $2.35 million from the town and $1.5 million from operator Cinema Lab, renovations on the two-screen 1923 theater include installing reclining seats with tables, improving the ambiance, adding a bar to serve alcohol and upgrading the 1,500 square-foot area upstairs for parties. The two theaters will each have 80 seats, a reduction from their previous 150 seats.

Much of the town funds will make the building ADA compliant, such as leveling entrances and adding an elevator to give access to the second floor.

The new Stamford Transportation Center parking garage will serve one of the state’s busiest train stations.

City and state leaders broke ground on the $81.7 million, 928-spot edifice in October 2021 to much fanfare. The car depot is meant to replace a crumbling garage on Station Place, directly across from the station.

Plans for the new garage on Washington Boulevard include improvements to the roads surrounding the garage — like dedicated lanes for buses, rideshares and taxis — and direct pedestrian connection to Track 5 of the train station where the Metro-North Railroad takes passengers down to Grand Central Station.

Work is expected to be complete by summer of 2023.

Demolition in the fall of 2022 of a row of older commercial buildings at 163-175 N. Main St. is part of a plan by developer David Mann to erect a six-story structure with 209 rental units and commercial space.

Just a block from the bridge connecting the New York and Connecticut border, the Tarry Lighthouse construction project was first proposed in 2019. The Tarry Lodge restaurant once anchored the corner of the row of buildings which were more than 100 years old.

Approvals for the project were granted in 2021 and a section of the buildings torn down, but litigation from one of the tenants in the buildings delayed full-scale demolition work until autumn 2022.

Tue Jan 3 , 2023
Lori K Tub, a household advancement business in Indiana, is giving updates on its yearly partnership with Baths For The Braves, an firm that supplies a no cost toilet remodel to a area veteran each and every year on Veterans Working day. This year, Lori K Bath aided out Richard […] 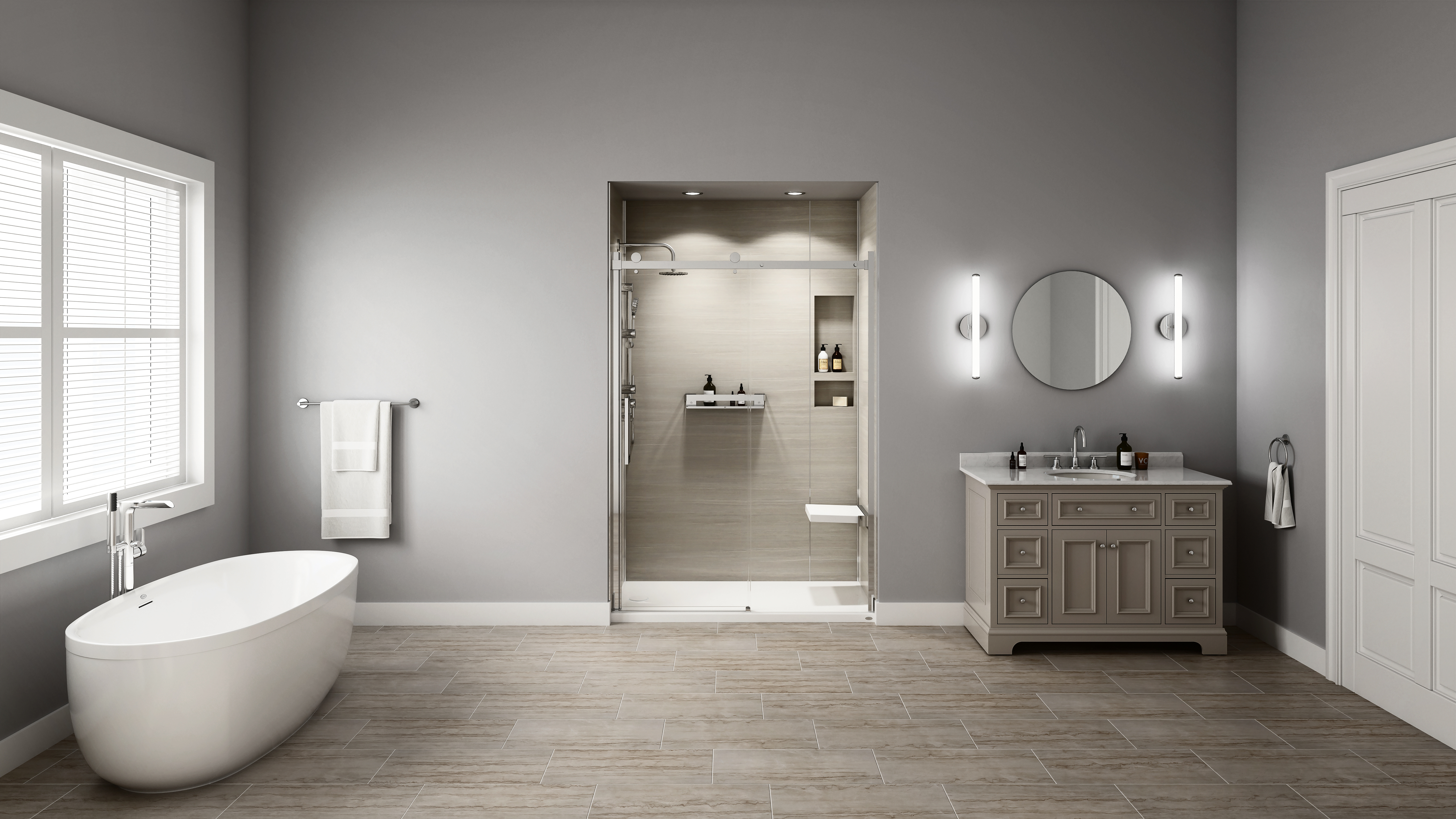